DO YOU KNOW OUR REGION?

Most of the surface is located in the Marne district (22730 hectares), with some also in the neighboring districts Aube and Haute-Marne (8073 hectares), as well as Aisne and Seine-et-Marne (3404 hectares).

The Marne is divided in the following sub regions:

-  Montagne de Reims (mountain of Reims): a plateau limited in the North by the valleys of the rivers Vesle and Ardre and in the South by the river Marne.

-  Vallée de la Marne (Marne valley): it extends for about 100 kilometers between the villages of Saâcy in the department Seine-et-Marne until the village of Tour/Marne beyond the city of Epernay

- Côte des Blancs : situated south of Epernay, the “hillside of the white” (grapes) got his name from the Chardonnay grapes which are mainly produced there

- Le Sézannais: region around the city of Sezanne


- The region around the city of Vitry le Francois.

Champagne is mainly produced from three grape varieties which have the following repartition of the total production surface: 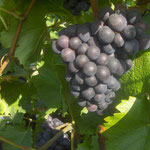 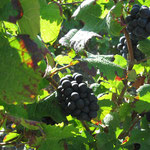 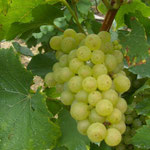